[EDIT]"Guild RAID" Released!! Work Together with Your Guild Mates to Challenge the Boss!

It's a RAID battle against a boss that can be played with your guild mates (up to 16 players). The Guild RAID feature in "Hall of Defiance" will be unlocked by upgrading your Guild Bar from "Shabby Bar" to "Renovated Bar". 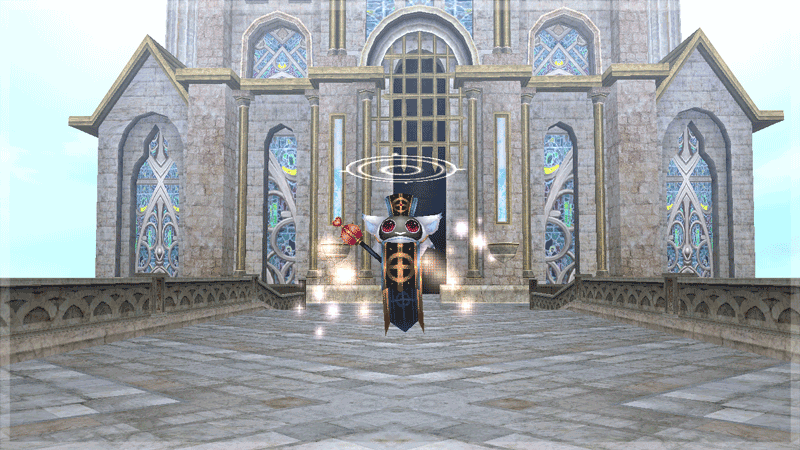 First, move to "Hall of Defiance" and talk to the NPC "Priest".
You will then be able to summon a RAID boss with "Guild Medals".

"Guild Medals" will be required to summon a RAID monster and only the Guild Master and Vice Master can do it.
Once summoned, the RAID Battle will be available for up to 3 days (72 hours).
The RAID battle ends when the boss is defeated or when time has expired.
When a RAID boss is successfully defeated, the next time it is summoned, it will have a higher level and become a more powerful enemy that stands in the players' way.
When a RAID boss fails to be defeated, its level will be lowered the next time it is summoned.

*If a RAID boss has been summoned, you can talk to the NPC "Priest" to check the date and time it was summoned.

When the RAID Battle ends, you will be unable to summon the boss again for 3 days.

*The period in which RAID Bosses can be summoned varies according to their elements.

After summoning the RAID Boss, you can challenge it from the crystal that appears in the middle of "Hall of Defiance".

All party members are required to have RAID Staamina to partipate in the RAID Boss Battle.
Each member can have up to 10 RAID Stamina and 1 Stamina will be restored every day.

*You can also restore RAID Stamina with Orbs or crystas.


Joining RAID BOSS Battle
Up to 4 parties (16 players) can participate in a RAID Boss Battle at the same time.

*The RAID can also be started when there are fewer than 4 parties if all participating parties tap ready.


RAID BOSS Traits
A RAID Boss may have up to 8 types of traits that are given randomly. The traits may have positive or negative effect in the battle.
The traits of the RAID Boss will be identified by battling it and when you battle it for the 8th time, all the traits will be revealed.

*The effects of the traits are all active even when they are still hidden.
*The negative effect that has been identified can be removed with Orbs by tapping the [✕] icon.