New System "Registlet" Implemented!! Go Beyond Your Limits and Aim Even Higher! 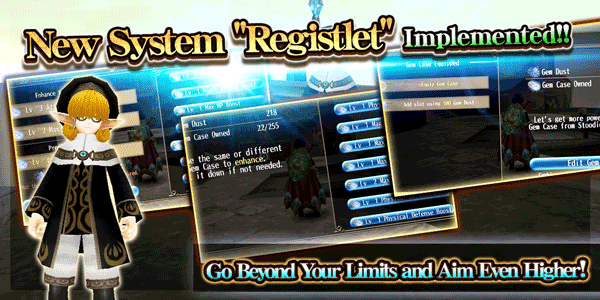 New System "Registlet" Is Out!

You can enhance your skill or get a special ability by installing a "Gem Case" in "Registlet".

Let's Set Up a "Gem Case" for Your "Registlet"! 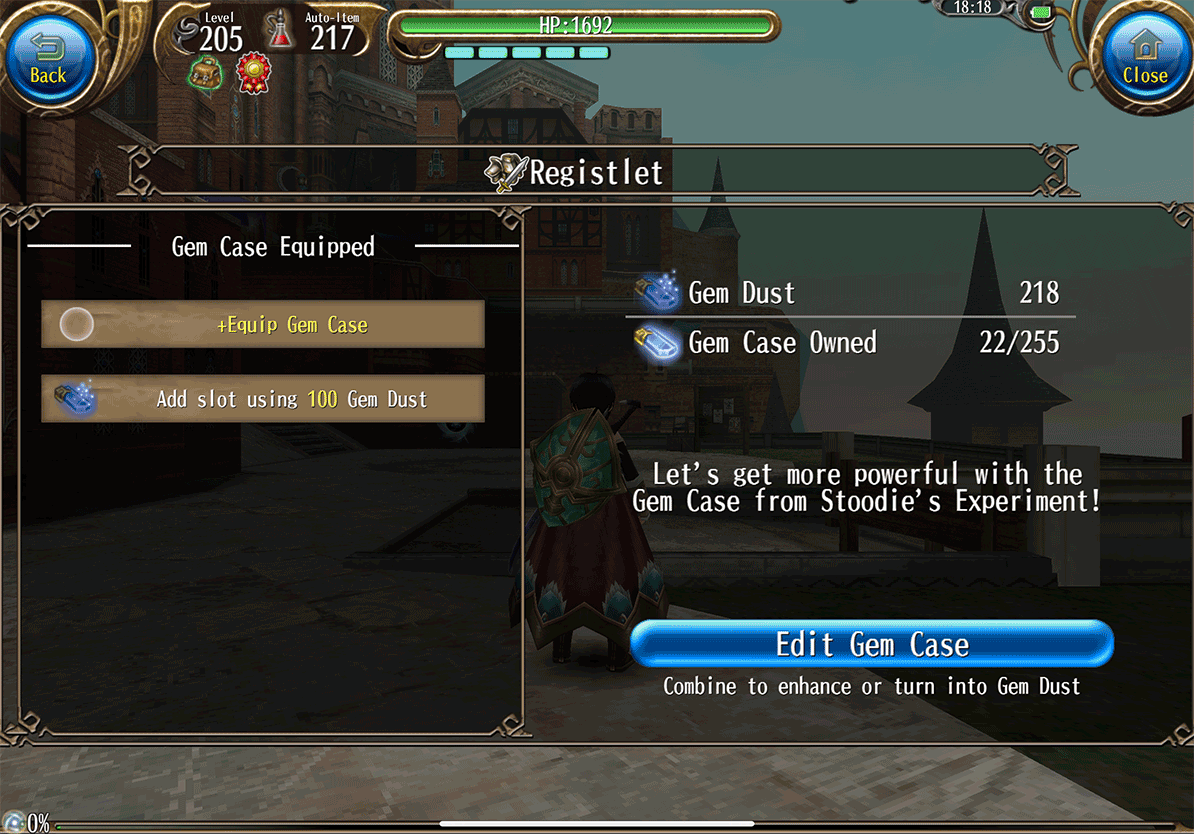 Let's add the "Gem Cases" obtainable from "Stoodie's Experiment" to your "Registlet" slot to enhance your skill or get a special ability!

All characters under one account share the slot and you can use "Gem Dust" to increase the number of slots (max 10 slots).


What's "Gem Dust"?
Gem Dust can be obtained through "Stoodie's Experiment" and is used for enhancing the "Gem Case" you own.
Gem Cases that are no longer needed can also be broken into "Gem Dust". 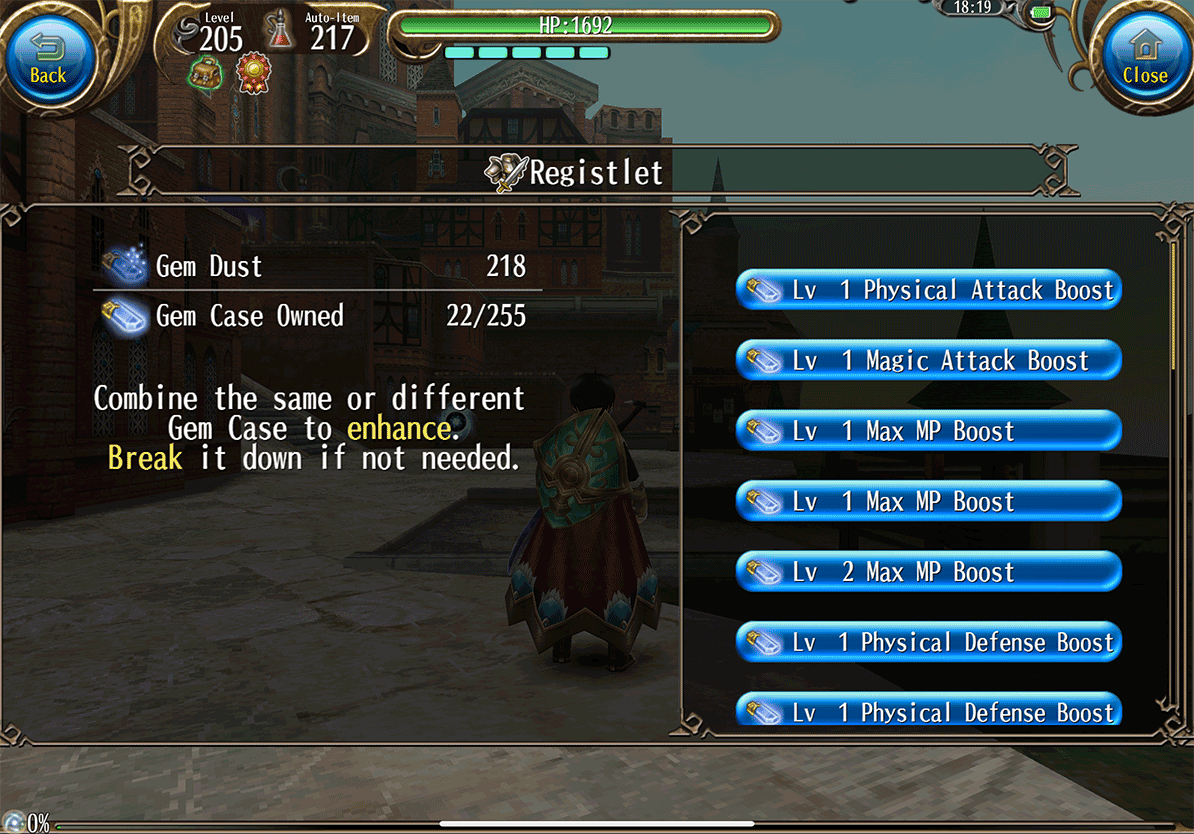 Use any Gem Case with "Gem Dust" to raise the level of the "Gem Case" of your choice. 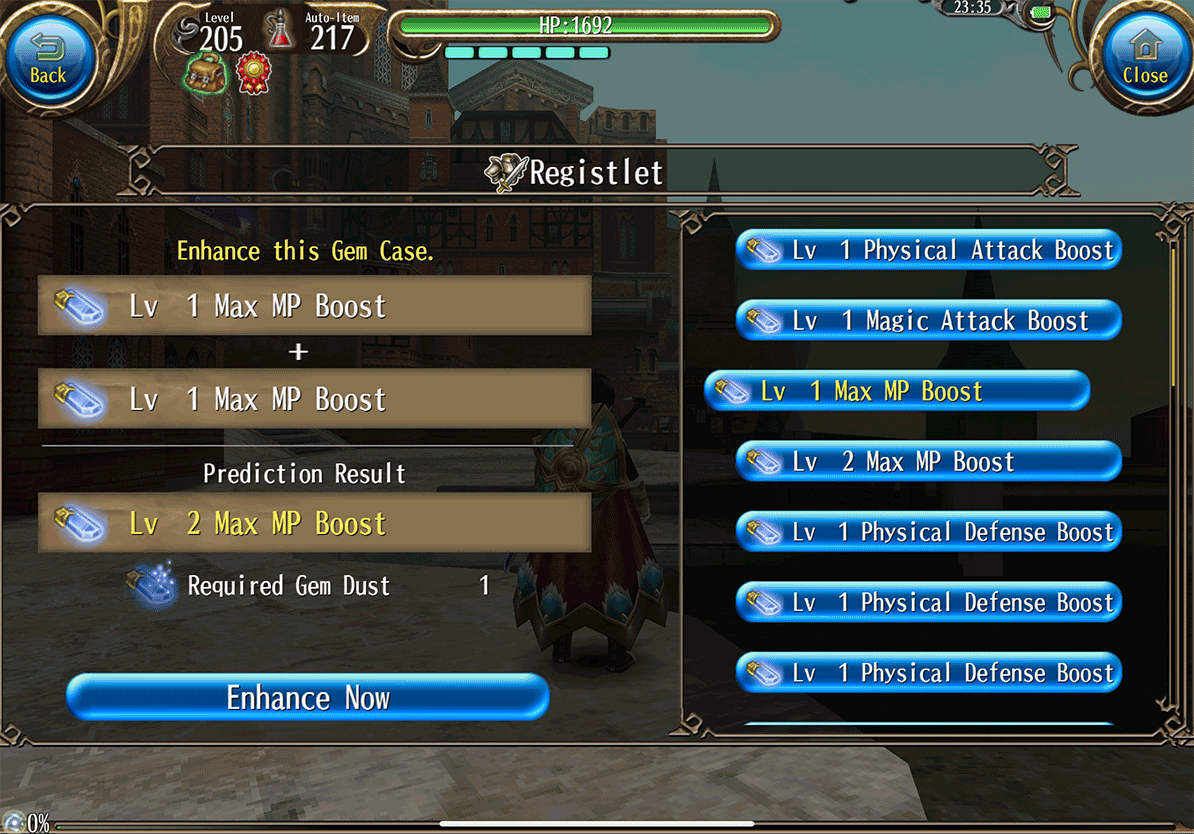 The amount of Gem Dust required to raise the level of a "Gem Case" is greatly reduced if "Gem Case" of the same kind is used as material. 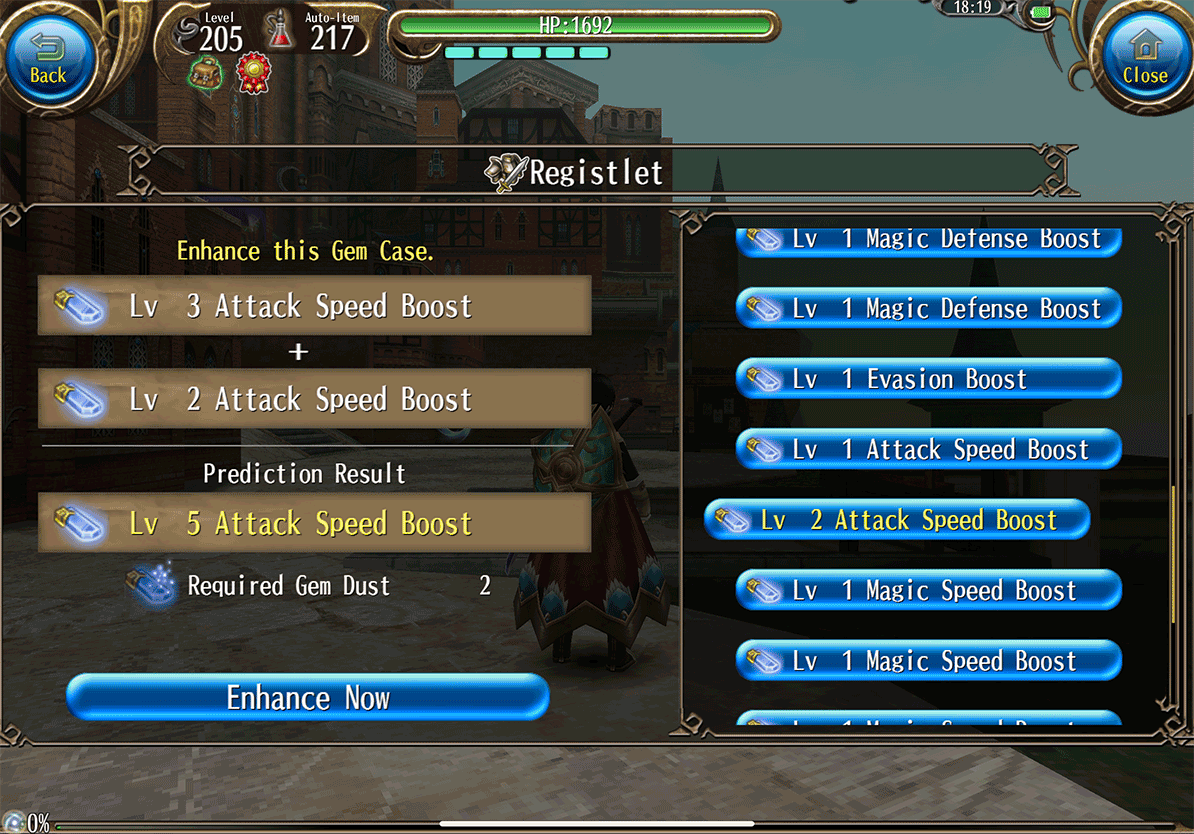 The level of the Gem Case will simply be added only when "Gem Case" of the same kind is used as material.
For example, if you use a Lv2 Attack Speed as material to enhance a Lv3 Attack Speed, the result will be a Lv5 Attack Speed. However, if you use a Lv2 Max MP as material to enhance a Lv3 Attack Speed, the level will only be raised by 1 and the result will be a Lv4 Attack Speed.