[EDIT]Contribute to Your Guild by Completing the Quests! "Guild Quest" Is Out!

We have added a new feature called "Guild Quest" to the Guild System!
Through guild quest, you can get "Guild Medals" required for remodeling guild bar or battling special bosses with your guild members.
Work together with your guild mates to grow your guild!

★:Let's Get On With Your Guild Quest!

★:Work Together to Collect Guild Medals! 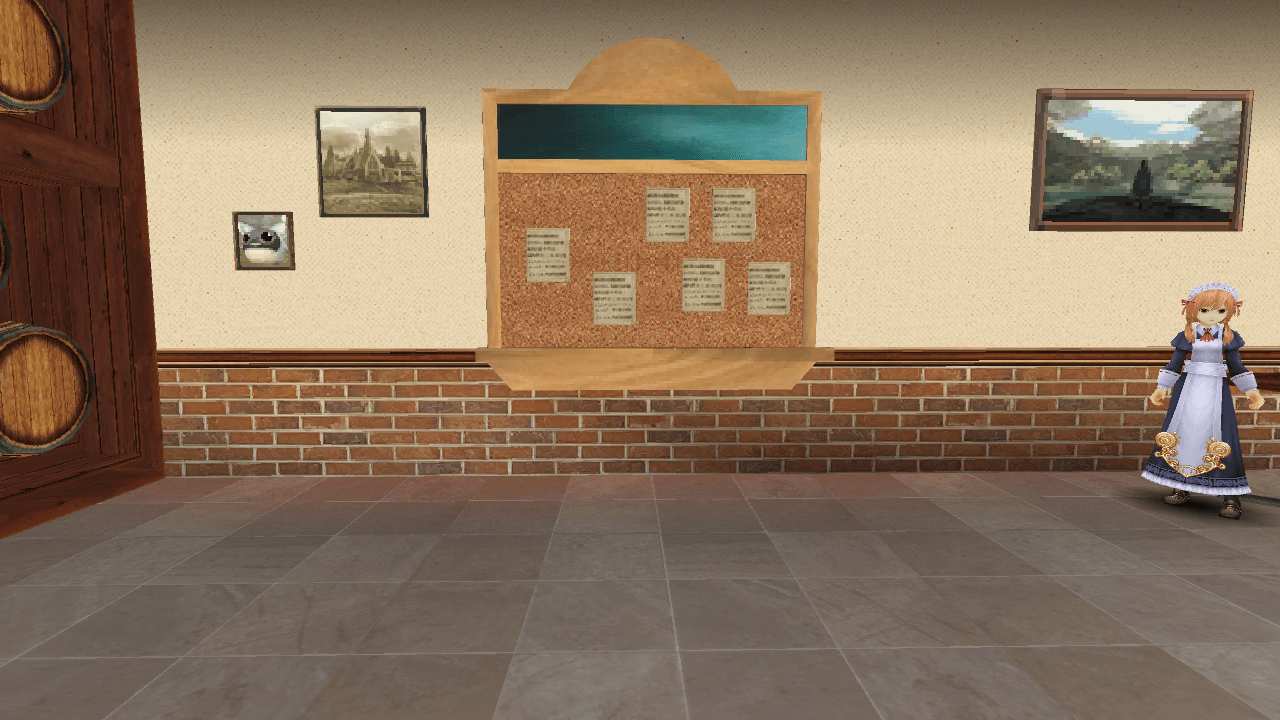 A "Guild Quest Board" will appear in the Guild Bar when your guild reaches Lv15.
Guild quests are sent directly to each member individually, so you can proceed at your own pace.
You can check the content of the guild quest from the Guild Board in the Guild Bar or check it from Guild Menu > Check Guild Quest.
If you are personally hiring a Guild Staff, you can also check and report the quest when you are not in the Guild Bar.


Let's Get On With Your Guild Quest! 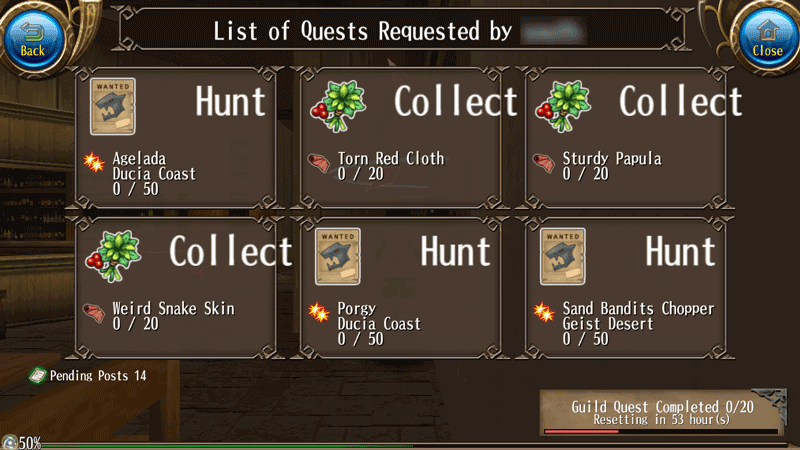 1 quest will be posted on the quest board per hour of gameplay, and you can see up to 6 quests posted on the board.
The 7th and subsequent guild quests will be kept hidden and posted as soon as there is an empty slot on the board.
Each player can have up to around 20 quests per week.

Tap the posted guild quest to check the content and rewards for completing it.
There are mainly 4 types of guild quests.


You can complete the quest by tapping the "Report" button to get the rewards.


Discarding a Quest
If you don't like the content of the quest, you can discard it from the Quest List > Quest Content > Discard Quest.
If you discard a quest, the next quest will arrive 30 minutes earlier and you can choose the type of quest that comes next.

*If you have discarded multiple quests before the next one arrives, the last quest type you have selected will be the type of quest that comes next.

*You can only reaccept a quest once every 5 minutes.


Checking Guild Quest via Guild Staff
If you have hired a Guild Staff to support your adventure, you can check and report guild quest even when you are not in the Guild Bar.


Work Together to Collect Guild Medals!

*The number of quests required to be completed to get a Guild Medal is reset on the first of every month.